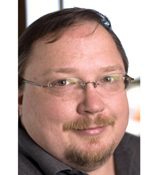 The California state legislature recently passed SB 826, which will impose gender diversity quotas on all public corporations whose principal executive offices are located in California. If the corporation has six or more directors, it must have at least three female directors. If it has five board members, it will have to have at least two female members. If the board has four or fewer members, it will be required to have at least one female director. Governor Jerry Brown signed the bill into law.

SB 826 has been criticized on various grounds. Some commentators contend that the business case for gender quotas has not been made, so it is unclear whether the bill will benefit companies and their shareholders. Other commentators contend that state-mandated gender quotas are unconstitutional. Former SEC Commissioner Joseph Grundfest recently posted an article assessing the arguments on both sides of those debates, which I highly recommend for readers interested in pursuing those issues.1

Regardless of one’s views of the constitutional and business merits of diversity mandates, however, SB 826 is bad policy and of dubious constitutional validity for reasons wholly unrelated to gender issues.

In most states, there is no significant legal difference between a foreign and a pseudo-foreign corporation, and the internal affairs doctrine will be applied to invoke the law of the state of the incorporation with respect to both. California and New York are the principal exceptions to this rule. Both states purport to apply parts of their corporate laws to pseudo-foreign corporations formed in other states but having substantial contacts with California or New York.

SB 826 is an especially aggressive attempt to regulate pseudo-foreign corporations. California’s basic pseudo-foreign corporation statute—Cal. Corp. Code § 2115—applies only to corporations that have more 50 percent of their property, payroll, and sales in California and have more than half of their shareholders of record held by California residents. In addition, §2115 does not apply to public corporations. In contrast, SB 826 applies to public corporations whose sole contact with California is the location of its principal executive office. Given that § 2115 is almost certainly unconstitutional under the dormant Commerce Clause, the more aggressive SB 826 should also be unconstitutional.

In the leading CTS Corp. v. Dynamics Corp. decision, the U.S. Supreme Court recognized that it “is an accepted part of the business landscape in this country for states to create corporations, to prescribe their powers, and to define the rights that are acquired by purchasing their shares.” 481 U.S. 69, 81 (1987).Building on that fundamental principle, the Court emphasized that a state has a legitimate “interest in promoting stable relationships among parties involved in the corporations it charters, as well as in ensuring that investors in such corporations have an effective voice in corporate affairs.” Id.

Note that the Court acknowledges the legitimate interest of a specific state; i.e., the state under whose law the company was incorporated:

Large corporations that are listed on national exchanges, or even regional exchanges, will have shareholders in many States and shares that are traded frequently. The markets that facilitate this national and international participation in ownership of corporations are essential for providing capital not only for new enterprises but also for established companies that need to expand their businesses. This beneficial free market system depends at its core upon the fact that a corporation — except in the rarest situations — is organized under, and governed by, the law of a single jurisdiction, traditionally the corporate law of the State of its incorporation.

Id. at 90. To be sure, the Court here may be referring not to constitutional principle, but rather to the conflict of laws principle known as the internal affairs doctrine, “which recognizes that only one State should have the authority to regulate a corporation’s internal affairs—matters peculiar to the relationships among or between the corporation and its current officers, directors, and shareholders—because otherwise a corporation could be faced with conflicting demands” from different states. Edgar v. MITE Corp., 457 U.S. 624, 645 (1982).

Admittedly, there is not much case law on this issue, and the leading case comes from a very interesting party—i.e., the Delaware Supreme Court—but that case held that attempted application of California’s § 2115 to a company incorporated in Delaware violated the U.S. Constitution’s Due Process and Commerce Clauses:

Pursuant to the Fourteenth Amendment Due Process Clause, directors and officers of corporations “have a significant right … to know what law will be applied to their actions” and “[s]tockholders … have a right to know by what standards of accountability they may hold those managing the corporation’s business and affairs.” Under the Commerce Clause, a state “has no interest in regulating the internal affairs of foreign corporations.” Therefore, this Court has held that an “application of the internal affairs doctrine is mandated by constitutional principles, except in the ‘rarest situations,’” e.g., when “the law of the state of incorporation is inconsistent with a national policy on foreign or interstate commerce.”

A board’s gender diversity is a matter of internal corporate governance, as is shareholder voting, and SB 826 interferes with both. SB 826 would establish the first and only demographic test for board membership. It thereby constrains a board’s ability to designate directors in the event of a vacancy and interferes with the shareholder franchise by imposing a financial penalty if shareholders refuse to elect the minimum number of women directors mandated by SB 826.

California therefore cannot require that corporations headquartered in California but chartered in Delaware have a minimum number of women directors while Delaware simultaneously permits its chartered corporations to have any number of women directors that is consistent with the board’s business judgment, subject to shareholder approval and constraints imposed by the corporation’s charter and bylaws. The conflict between California law and Delaware law is apparent. Indeed, because SB 826 would be the first and only mandatory board diversity requirement in the United States, the bill creates a conflict between California and the chartering laws of every other state in the nation.

He therefore concludes “Delaware wins. California loses. End of story.” Which seems the most likely outcome.