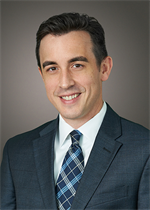 By Anthony Rickey, a solo practitioner at Margrave Law LLC in Georgetown, DE, and Keola R. Whittaker, an Associate with McGuireWoods LLP in its Los Angeles, CA office.

U.S. Court of Appeals for the Seventh Circuit Judge Richard Posner’s criticism of meritless settlements in In re Walgreen Co. Stockholder Litigation, (Aug. 10, 2016) will cheer hearts skeptical of the utility of mergers-and-acquisitions (M&A) class actions.  The opinion reversed and remanded a district court’s approval of a disclosure settlement arising out of the merger of Walgreen Co. and Alliance Boot GmbH.   Judge Posner explained why each of the six supplemental disclosures offered to the class as settlement consideration were, variously, “worthless,” “provided no new information,” or “could be derived by simple arithmetic from data in the proxy statement. . . .”   After reversing the trial court, the appellate court suggested that the class counsel who had supported such a settlement, and sought $370,000 in fees, had not adequately represented the class, and advised the district court on remand to seriously consider dismissing the suit or appointing new class counsel.

With regard to valueless settlements, Judge Posner did not mince words:

Judge Posner emphasized that a disclosure settlement should not be approved unless the misrepresentation or omission that the supplemental disclosures correct are “plainly material,” adopting the standard from the Delaware Court of Chancery’s ruling in In re Trulia, Inc. Stockholder Litigation.

The Walgreen decision is notable as one of the few cases in which a court outside of Delaware has refused to approve a disclosure settlement while endorsing Trulia.  While the percentage of deals valued at over $100 million subject to a stockholder lawsuit fell dramatically in the first half of 2016 (to 64%, from 84% in 2015 and 93% in 2014), over half of all such transactions still draw at least one lawsuit—most of them outside of Delaware.  While Trulia has made Delaware a much less-friendly venue for meritless stockholder litigation, as we noted in an April 29, 2016 WLF Legal Backgrounder, other courts continue to approve disclosure settlements.  That trend has continued.

Beyond its core holding, the outcome in the Walgreen litigation supports three takeaways: