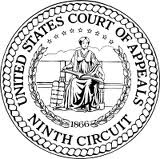 Rule 23(f) of the Federal Rules of Civil Procedure gives appeals courts unfettered discretion in deciding whether to permit an interlocutory appeal from a class certification decision. Most circuits have exercised that discretion sparingly. But a U.S. Court of Appeals for the Ninth Circuit decision issued last week affirmed that circuit’s unique rule: plaintiffs (but not defendants) are entitled to take an immediate appeal from an adverse class certification ruling, even when an appeals court panel has previously denied discretionary appeal under Rule 23(f). All plaintiffs need do is stipulate to dismissal of the complaint with prejudice, and then seek review of the order denying certification in connection with an appeal from the final judgment of dismissal. Never mind that a plaintiff who stipulates to dismissal of his lawsuit might reasonably be deemed to have abandoned his claims.

The Ninth Circuit’s decision in Baker v. Microsoft Corp. directly conflicts with decisions from the Third and Tenth Circuits, which makes it a likely candidate for review by the Supreme Court in its October 2015 term. Interestingly, the decision also conflicts with a previous Ninth Circuit decision, yet the initial Ninth Circuit panel decision in Baker (issued in March) failed to acknowledge the conflict or even discuss the defendant’s claim that prior Ninth Circuit case law precluded an appeal. Only after Washington Legal Foundation filed a brief urging the appeals court to grant rehearing en banc and criticizing the court for failing to explain its departure from precedent did the panel issue a revised opinion acknowledging the potential conflict and dropping a footnote explaining why it was standing by its initial decision. The Ninth Circuit’s disregard for its own case law further calls into question whether that circuit is getting too large to operate efficiently.

Baker is a tort suit alleging a design defect in Microsoft’s Xbox 360 video game console. The claimed defect allegedly causes some discs inserted in the console to be scratched and thereby rendered unusable. The district court’s decision to deny class certification was unsurprising, given that a different judge within the same federal district had previously denied certification in a separate lawsuit asserting the same claim and involving the same plaintiffs’ lawyers. Following denial of class certification in the second case, the plaintiffs petitioned the Ninth Circuit under Rule 23(f) for discretionary interlocutory appeal from the denial of certification. When the Ninth Circuit denied discretionary appeal, the plaintiffs stipulated to dismissal of their claims and appealed the dismissal.

The Baker plaintiffs were hardly the first litigants to attempt this stunt. Indeed, Rule 23(f) was adopted in 1998 after both defendants and plaintiffs tried repeatedly—virtually always without success—to seek immediate appeals from class certification decisions. One such effort involved the plaintiffs in a previous Ninth Circuit case, Huey v. Teledyne, Inc., who attempted a maneuver quite similar to the tactic tried by the Baker plaintiffs. Following denial of their class certification motion, the Huey plaintiffs declined to proceed with their individual claims and then sought to appeal from the district court’s order of dismissal for want of prosecution. The Ninth Circuit would have none of it; its Huey decision held that when a plaintiff procures dismissal of his own case following an order denying class certification, an appeal from dismissal does not bring with it the right to appeal the denial of certification.

Other circuit courts were persuaded by Huey. Both the Third and Tenth Circuits explicitly relied on Huey in concluding that a plaintiff may not force appellate review of a denial of class certification by procuring dismissal of his own complaint. It makes no difference to those courts whether the plaintiff refuses to proceed (and thereby procures dismissal based on failure to prosecute) or simply stipulates to dismissal with prejudice.

The Ninth Circuit apparently was less enamored of its own decision. It held in a 2014 decision, Berger v. Home Depot USA, Inc., that a plaintiff may appeal a denial of class certification immediately following a stipulated dismissal with prejudice. Although Berger also failed to discuss the Ninth Circuit’s prior Huey decision, that failure was somewhat understandable given the parties’ failure to cite Huey in their briefs.

But the appeals court could not claim that excuse in Baker: Microsoft repeatedly cited Huey in arguing that the Ninth Circuit lacked appellate jurisdiction. Nonetheless, without ever mentioning Huey in its opinion, the Baker panel relied on Berger to conclude that the Baker plaintiffs had an absolute right to appeal the denial of class certification following a stipulated dismissal with prejudice. Indeed, the panel ultimately concluded that the district court erred in striking the plaintiffs’ class allegations.

Only after Microsoft and WLF urged the Court to grant rehearing did the panel deign to discuss Huey at all. It denied rehearing but added a footnote to its initial opinion in which it sought to distinguish Huey by noting that the Baker plaintiffs voluntarily dismissed their complaint with prejudice while the Huey plaintiffs had procured dismissal by refusing to proceed with their case. The panel’s revised opinion still did not explain why the manner in which a plaintiff procures dismissal of his case should make a difference in whether the class certification denial still presents a live controversy following a plaintiff’s voluntary abandonment of his claims.

Moreover, by granting plaintiffs a vehicle by which they can be assured the automatic right to immediate appellate review of orders denying class certification, the Ninth Circuit undermines the Supreme Court’s firm policy against piecemeal appeals. As the Court held in Coopers & Lybrand v. Livesay—which rejected the “death knell” doctrine under which some courts had permitted interlocutory review of denials of certification whenever denial made it economically infeasible for the plaintiff to continue with his case—permitting such appeals marked a sharp departure from the well-considered “policy of postponing appellate review until after entry of final judgment” and unfairly favored plaintiffs over defendants. Given the current split among the circuit courts regarding whether it similarly undermines that policy to permit plaintiffs to dismiss their complaints and then seek appellate review of certification denials, there is good reason to believe the Supreme Court would grant review in Baker in order to resolve the conflict.

Quite apart from the underlying legal issue, the Ninth Circuit’s handling of this issue raises troubling questions regarding its ability to function cohesively. By far the largest federal appeals court, the Ninth Circuit handles so many cases that its judges evidently have great difficulty keeping up with all of its decisions. The judges hearing Berger v. Home Depot in 2014 apparently were unaware of the Huey precedent and issued a decision that conflicted with (and failed to discuss) Huey because the parties did not call it to their attention. Perhaps embarrassed by the prior panel’s oversight, the Baker panel initially sought to sweep the clear conflict under the rug. Then it sought to distinguish Huey on insubstantial grounds. A more conscientious approach would have acknowledged the conflict forthrightly and called on the en banc court to resolve it. The logistical difficulty, recognized by every federal appeals court, of convening too many en banc proceedings cuts against that solution. But the number of intra-circuit conflicts rises as the size of an appeals court increases. If, as this case suggests, the Ninth Circuit has reached the point where its judges are unwilling to convene en banc to resolve obvious conflicts of the sort at issue here, perhaps it is time for Congress to renew its consideration of proposals to split the court in two.