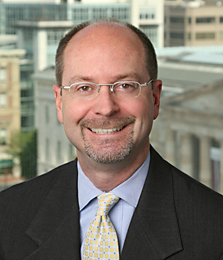 The Supreme Court declined to create a new defense this week for defendants in patent infringement cases, holding that a defendant’s belief regarding patent validity is not a defense to a claim of induced infringement under 35 U.S.C. § 271(b), as a matter of first impression in Commil USA, LLC v. Cisco Systems, Inc. This is welcome news to some patent owners who have felt the legal tide has been turning against them. However, the Court also recognized that so-called “patent trolls” exist and that frivolous patent infringement lawsuits are being brought in federal courts. The Court stressed that district courts have authority under Rule 11 and 35 U.S.C § 285 to levy sanctions and award fees to dissuade frivolous cases from being filed. With its ruling, the Court continued its trend of trying to maintain a balance between patent owners and accused infringers.

The Court also stated that allowing this new defense would undermine the long-standing presumption that an issued patent is valid: If “belief in invalidity were a defense to induced infringement, the force of that presumption would be lessened to a drastic degree, for a defendant could prevail if he proved he reasonably believed the patent was invalid. That would circumvent the high bar Congress is presumed to have chosen: the clear and convincing standard.”

Lastly, the Court cited several practical reasons for not creating a new defense, noting that there are other ways for accused inducers to prove a patent is invalid. They may utilize declaratory judgment actions, inter partes review, ex parte reexamination, and an invalidity defense to an infringement action. Creating a new defense would incentivize incentive an accused infringer “to put forth a theory of invalidity and could likely come up with myriad arguments.” This would increase discovery costs and increase the number of issues for the jury to decide.

The Court did provide companies accused of patent infringement with a silver lining of sorts in Commil USA, LLC. It recognized that an “industry has developed in which firms use patents not as a basis for producing and selling goods but, instead, primarily for obtaining licensing fees. Some companies may use patents as a sword to go after defendants for money, even when their claims are frivolous.” The Court stressed that “district courts have the authority and respon­sibility to ensure frivolous cases are dissuaded.” Sanctions under Rule 11 for bringing frivolous lawsuits are within the power of district courts. The Court also referenced its recent decision in Octane Fitness (prior post) that attorneys’ fees may be awarded to prevailing parties in certain circumstances. Expect to see this language cited by infringement defendants in future fee petitions.