We return once again (click here for past posts) to the seemingly banal legal doctrine of standing to sue—a subject that few, if any, likely contemplated when celebrating Constitution Day this week. This doctrine does, however, arise from the Constitution’s ingenious separation of powers among the three branches of government. Article III limits the judiciary’s role to resolving “cases” and “controversies.” From that the U.S. Supreme Court derived the standing doctrine as a way to test whether plaintiffs’ claims are fit for judicial resolution. A key part of the test is whether a plaintiff can factually establish that she suffered a concrete “injury in fact” that can be traced to the defendant’s conduct and can be redressed by a judicial remedy.

Legal claims based on conjectural or hypothetical harm, therefore, should not be inundating federal courts’ dockets. Unfortunately, too many no-injury class actions are passing the standing test, thanks in part to broadly worded state consumer-protection laws (and judges’ reluctance to reject jurisdiction). Just last week, for instance, a federal court ruled that state fraud laws are so broad that consumers who purchased vehicles with faulty ignition switches can recover damages even if the defect never manifested itself. And earlier this year, the Supreme Court refused to review an appellate court decision that allows eye-drop users to sue based on the speculative theory that eye-drop producers would charge the same price for a vial with a smaller dispensing hole.

Given the current trend on standing, it is critical to highlight positive outcomes in this area. We discuss two encouraging decisions here, one from the court that allowed the aforementioned eye-drop suit to proceed, the U.S. Court of Appeals for the Third Circuit, and the second from a federal court in California, a state with perhaps the nation’s most permissive consumer-protection laws.

In Re: Johnson & Johnson

One of those suits, filed by Mona Estrada on behalf of a class of consumers who purchased baby powder in California (including men, who cannot develop ovarian cancer), made its way into a multidistrict litigation in New Jersey federal court, In Re: Johnson & Johnson Talcum Powder Products Marketing, Sales Practices and Products Liability Litigation. That court dismissed Estrada’s suit for lack of standing, and she appealed to the Third Circuit.

Estrada purchased and used J&J’s baby powder for over 50 years, and testified that she will continue to buy it. She claims to nonetheless deserve damages because the purported risk of cancer renders the baby powder’s worth less than what she paid for the product.

On appeal, Estrada asked the court grant her standing because “at an appropriate time after discovery” she will flesh out her bare-bones theory of injury. The Third Circuit, per Chief Judge D. Brooks Smith, explained that her request “is not one that we may grant and still fulfill our constitutional obligations.” The court agreed that Estrada need not allege in her pleadings the exact amount of damages due, but she must “do more than simply pair up a conclusory assertion of money lost with a request that the defendant pay up.”

Two factors supported the court’s conclusion that Estrada could not satisfy the injury-in-fact requirement. First, she will continue to purchase a product she alleges is unsafe, and will do so without any discount to compensate for the powder being worth less, as Estrada claims in her complaint. Second, Estrada did not allege that the baby powder posed a cancer risk to her; rather, her complaint argues that J&J’s product was unsafe as to others. To her, the baby powder was safe and provided her the very benefits it claimed.

In conclusion, the court held that Estrada got exactly what she bargained for; she could not establish standing based solely on buyers’ remorse. 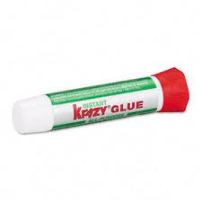 In this class action involving nonfunctional “slack fill,” David Spacone of Hollywood, California asserts the large opaque cylinder for a two-gram tube of Krazy Glue misled him into believing the product contained more glue. The two grams wasn’t enough to finish an auto-repair job, so he had to travel out in Los Angeles traffic to buy another. Spacone claimed the misleading packaging caused him economic harm.

Spacone moved to certify the class of plaintiffs. Before conducting an analysis under Rule 23, Central District of California Judge André Birotte Jr. examined whether Spacone had standing under California consumer-protection laws. The court found that Spacone’s own deposition statements thoroughly undermined his claimed injury in fact. Spacone repeatedly denied that he felt ripped off or was unhappy with the price he paid. When he returned to get the second vial, he did not demand a refund because (and one can just picture Spacone’s attorney wishing he could glue his client’s mouth shut) “the money wasn’t the issue. It was my time. . . .  Going back and forth in Hollywood . . . is an ordeal.”

Spacone attempted to mitigate his ruinous deposition by submitting an affidavit declaring he lost money and his counsel attempted to “triage” (Judge Birrotte’s word) the standing issue during oral argument. The court wasn’t buying any of it, concluding “Wasted time does not equal lost money or property, so Spacone cannot establish statutory standing.”

In Re: Johnson & Johnson and Spacone reflect the need for defendants to demand, and for courts to conduct, a thorough analysis of a plaintiff’s purported economic injury. Judges should not, as the Third Circuit aptly explained, grant plaintiffs a free admittance into court based on the promise that they will offer more concrete facts to justify their asserted loss of money later in the proceedings. And they should, as Judge Birrotte did in Spacone, hold plaintiffs to their under-oath statements on harm, or lack thereof, absent compelling proof to the contrary.

Exacting analysis of a plaintiff’s standing to sue helps keep the judiciary in its lane, preserves judicial resources, and prevents the type of case-by-case product regulation that breeds economically corrosive confusion and inefficiency.