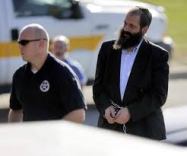 On Wednesday, December 20, President Trump issued a statement commuting the sentence of Sholom Rubashkin, the former CEO of a kosher meatpacking plant. He had been convicted of financial fraud in 2009 and sentenced to 27 years in prison—a virtual life sentence for the then-51-year old Rubashkin. He had served 8 years of that sentence. Washington Legal Foundation actively participated in the courtroom and public resistance to the excessive sentence through amicus briefs and published commentaries.

With the pro bono support of Professor Douglas Berman, the nation’s leading expert on federal sentencing law, WLF in 2011 urged the U.S. Court of Appeals for the Eighth Circuit to overturn the sentence. Joining WLF on the amicus brief were 18 noted law professors, practitioners, and former federal judges and prosecutors.

WLF argued that the trial judge ignored the U.S. Supreme Court’s repeated admonition not to reflexively presume reasonable any sentence within the range set out by the U.S. Sentencing Guidelines. We also argued that the judge did not fully consider the circumstances surrounding Mr. Rubashkin’s actions, his lack of a criminal record, and his personal history.

Prosecutors not only refused to consent to WLF’s brief, they filed a “resistance” with the Eighth Circuit claiming that under that circuit’s amicus brief policy, the judges could not accept any non-party briefs. After receiving significant criticism for the tactic, prosecutors withdrew their objection.

After the appeals court upheld Mr. Rubashkin’s sentence, WLF and the 18 aforementioned experts supported his petition for certiorari to the U.S. Supreme Court, with Professor Berman as our Counsel of Record. The Court denied review on October 1, 2012.

The Des Moines Register has coverage of the commutation here.