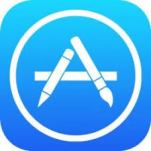 In an orders list issued today, the U.S Supreme Court invited the Solicitor General of the United States to file a brief expressing the federal government’s views on the petition for certiorari in Apple, Inc. v. Pepper. The case, in which Washington Legal Foundation filed an amicus brief supporting Apple’s request for review, involves a forty-year old Supreme Court doctrine dictating that only direct purchasers of good or services may file private enforcement actions under federal antitrust laws.

The Court occasionally seeks the federal government’s views on a petition for certiorari in cases in which the government is not directly involved, but that implicate significant federal interests. In Supreme Court-speak, this is known as a CVSG: Calling for the Views of the Solicitor General.

When it does file at the Court’s invitation, the Solicitor General often either recommends that the Court grant or deny review. The recommendation carries significant weight with the justices, and even when the Solicitor General is opposed to certiorari, the Court has been more likely to grant review in a case where it sought the government’s perspective than where it had not.

The Court’s invitation in Pepper is intriguing for a number of reasons. First, as discussed in a recent WLF Legal Backgrounder, the justices have over the last 20 years become extremely selective when considering cases in the antitrust area. Second, the Pepper case involves whether a certain class of purchasers have standing to file a private lawsuit under the Sherman Act. What the Court ultimately decides in Pepper, if it does grant review, will not have a direct bearing on the government’s ability to enforce the Sherman Act, as it need not establish standing.

Finally, the CVSG is noteworthy because of the antitrust doctrine at stake, and the implications if the Court denies review and thus leaves the U.S. Court of Appeals for the Ninth Circuit’s decision intact. In 1977, the Court decided in Illinois Brick Co. v. Illinois that the damages remedy in antitrust disputes belongs only to the immediate victim of the allegedly anticompetitive conduct, which is the direct purchaser. Downstream purchasers, even if they can demonstrate that the economic harm created by the anticompetitive conduct was passed through to them, are denied standing.

In Pepper, Apple (and WLF) argue that the Ninth Circuit departed drastically from the venerable Illinois Brick doctrine. The court held individual purchasers of smartphone applications had standing to sue Apple (as the proprietor of the App Store) for barring app developers from selling iPhone apps outside of the App Store, and for also taking a commission for each app sale. Those contractual policies, Pepper argues, constitute a scheme to monopolize the “aftermarket” for iPhone apps.

Apple facilitates sales of apps at its App Store, allowing the app maker to set the price of its product while never taking title itself to the apps. Apple doesn’t formally “own” each app, so those who purchase the apps from the App Store are not “direct purchasers” from Apple. Apple argued in the Ninth Circuit that if the court were to categorize it as a direct seller, Apple would be vulnerable to multiple antitrust liability: both to app developers as direct purchasers of its distribution services and to individual app buyers.

If buyers have standing to sue for anticompetitive activity, developers (who are barred from selling outside the App Store and must pay commissions) certainly do as well. It is this very risk of multiple liability that led the Supreme Court 40 years ago to limit private antitrust standing to direct purchasers. The Ninth Circuit was entirely indifferent to this concern.

The Ninth Circuit’s Pepper decision conflicts directly with a 1998 Eighth Circuit decision which held that concert-ticket buyers were indirect purchasers who could not sue Ticketmaster for Sherman Act violations. The Ninth Circuit acknowledged the split, as well as the similarity of the transactions at issue in both that case and in Pepper, but stated disagreement with the Eighth Circuit’s reasoning.

WLF argued in its amicus brief that the Court should settle this split and create national uniformity on this critical antitrust question. An expansion of Sherman Act standing to indirect purchasers would, we argued, “deter aggressive competition of the very sort that the antitrust laws are intended to encourage.”

The CVSG is an unexpected, but certainly welcome, development in the Pepper case. Because the Solicitor General normally takes several months to draft and submit briefs pursuant to CVSGs, the invitation will unfortunately delay the Supreme Court’s consideration of Apple’s petition. The wait may be worth it, however, especially if the federal government urges a grant of certiorari.