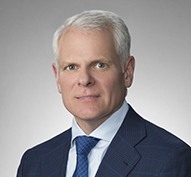 By M. Sean Royall, a Partner with Gibson, Dunn & Crutcher LLP, with Richard H. Cunningham, Of Counsel in the firm’s Denver, CO office, and Ashley M. Rogers, an Associate Attorney in the firm’s Dallas, TX office.

Ohlhausen also indicated that FTC will maintain its current policy of communicating with companies and individuals under investigation regarding the status of investigations at least every six months after they achieve compliance with a CID and will “continue[] to consider other reforms.”

These reforms respond to long-standing calls for the agency to be more sensitive to the burdens imposed by its investigations.  While they are incremental, we are cautiously optimistic that the July 17 announcement portends more significant changes in the future.

Many constituencies have advocated for FTC to alleviate unnecessary burdens imposed by its investigations.  At Ohlhausen’s nomination hearing in November 2011, Senator John D. Rockefeller IV (R-WV) cautioned that “the FTC should be careful not to overburden business and should respect self-regulation.”  Last year, Representative Michael C. Burgess (R-Tex.) sponsored a bill (H.R. 5510) that, among other things, would have reformed and shortened FTC investigations.  While this effort stalled, it reflects views shared by members of the popular press, academics, and many CID recipients that FTC investigations can be unduly burdensome.

The American Bar Association’s Section of Antitrust Law (which encompasses consumer-protection law) expressed similar concerns in its January 2017 Presidential Transition Report, highlighting, among other things, the “trend in recent years toward generic and overly-broad CIDs that are not tailored to the nature of the business or the practices at issue.”

Ohlhausen has focused on the issue of unnecessary investigational burdens for some time.  In an interview from October 2012, she stated that working in private practice gave her “perspective on the burdens imposed on companies receiving information requests from the agency,” that FTC simply “may not realize the burden that [a] request imposes,” and that it is “useful” to have “seen the world from both sides.”  When President Trump appointed Ohlhausen as Acting Chairman this past January, she announced that she would ensure that the agency “minimizes the burdens on legitimate business,” and shortly thereafter she expressed “worry” about the agency’s “overbreadth of discovery.”

In February, Ohlhausen acknowledged the substantial compliance costs associated with responding to overly broad and generic information requests and stated that she is “certain” that FTC can “reduce[] the burden on businesses” while remaining able to collect the information it needs to enforce the law.

In April, Ohlhausen took action on this issue by initiating internal process reforms focused on “eliminating wasteful, legacy regulations and processes that have outlived their usefulness.”  One of these initiatives was to establish working groups to “streamline demands for information in investigations to eliminate unnecessary costs to companies and individuals.”

When later describing this effort, Ohlhausen emphasized that “[p]eople typically only quote the part of the FTC’s mission statement that talks about protecting consumers and encouraging competition.  But the mission statement continues:  we are to ‘accomplish this without unduly burdening legitimate business activity.’”  The reforms announced last week are the initial fruit of the efforts Ohlhausen announced in April.

The reforms announced on July 17 are each welcome but relatively modest steps toward reducing the burdens of CID investigations.

Three of the five reforms relate to the detail and/or clarity of the wording in the agency’s CIDs.

The first of the remaining two reforms—“limiting the relevant time periods” defined in CIDs—has the potential to materially reduce the burden placed on the recipients of consumer-protection-related CIDs.  In general, narrowing the time periods specified by CIDs proportionally reduces the volume of materials a respondent must produce.  The announcement, however, does not provide any reference point for how much the agency intends to limit the relevant time periods.

The announcement also includes the caveat that the change applies only “[w]here appropriate.”  Because agency staff presumably have a basis for selecting the time periods currently specified in CIDs, unless this caveat is construed narrowly, it has the potential to swamp any effect the reform might otherwise have.

The final reform—“increasing response times for CIDs”—also has the potential to be meaningful.  Producing materials on tight timeframes increases production costs.  However, the “example[s]” included in the announcement suggest the agency intends to offer only very brief extensions:  “21 days to 30 days for targets, and 14 days to 21 days for third parties.”  Bureau of Consumer Protection staff routinely (to their credit) grant extensions of 30 days, 60 days, or longer where the agency has requested a large volume of materials and the CID recipient is cooperating.  When considered in that light, extending response deadlines by several days borders on immaterial.  And, once again, the change includes the caveat that it applies only “[w]here appropriate.”

Encouragingly, FTC’s announcement specifically notes that the agency “continues to consider other reforms.”  We note below several additional areas for reform the agency might consider.

Many FTC CIDs request a log providing information for each document withheld or redacted on the basis of privilege.  While agency staff may agree to waive or modify this requirement, in many cases staff insists on full by-document privilege logs.  Producing a privilege log can be a time-consuming and expensive effort, even with e-discovery tools such as automated searches for attorney and law firm names and email domain names.

In matters where the focus of an investigation does not directly implicate materials that are likely to be privileged (e.g., a matter focused on whether online endorsers are compensated or scrutinizing whether advertising claims citing scientific research are adequately substantiated), removing the requirement of a privilege log altogether or requiring only a partial log, or categorical log, could significantly reduce the burden on the respondent without negatively impacting FTC’s fact finding.

As noted above, one reform would limit the date ranges covered by CID investigations.  What is missing from the reform is any baseline for the breadth of time CIDs typically will encompass.  We understand that every matter is different, and that the time period covered by a CID necessarily relates to the duration of the conduct at issue, among other things.

That said, establishing a reasonable presumptive benchmark for the maximum time period a CID will cover, absent unusual circumstances, would be useful.  We note, for instance, that the FTC Bureau of Competition Model Second Request (for merger-related antitrust investigations) uses a presumptive date range of three to four years, depending on the time of year in which the second request is issued.

Bureau of Consumer Protection CIDs use three basic types of document requests:  (a) specifications that seek “all documents” relating to a particular topic; (b) specifications requesting a defined set of documents (e.g., financial statements or advertisements); and (c) specifications requesting production of documents “sufficient to show” certain information.  Specifications calling for production of “all documents” on a given topic are generally understood to require a custodial search, and a substantial portion of the respondent’s negotiations with staff will often focus on the number of custodians to be searched and the e-discovery tools to be used to cull responsive documents.

Responding to such requests is very often expensive and burdensome, and even the process of negotiating the terms of a responsive custodial search can be very time consuming.  In contrast, more targeted requests for specific information or documents “sufficient to show” often require little negotiation and can usually be responded with far greater efficiency.

We sense that the FTC staff appreciates the dramatic difference in the burdens imposed by these various types of requests.  Yet CIDs that include an “all documents” specification covering each and every core issue encompassed by the CID remain commonplace.  Undoubtedly, a custodial approach to discovery is warranted in certain circumstances, but in our view FTC staff use this approach with far greater frequency than is necessary.

The Commission could consider adopting a policy to avoid “all documents”-style requests whenever doing so will not unreasonably prejudice the investigation.  This approach could be operationalized by requiring the staff to articulate a specific justification for each “all documents” request in a CID.  This would give the staff needed flexibility while preventing “all documents” specifications from being used simply by default.