By Stephanie J. Peet, a Partner in the Philadelphia, PA office of Jackson Lewis P.C., and Timothy M. McCarthy, an Associate with the firm. Ms. Peet writes for the firm’s Pay Equity Advisory Blog.

The number of jurisdictions considering and enacting legislation that bars employer inquiries about and reliance on job applicants’ salary or wage history has been growing. A legal challenge to the Philadelphia’s ban promises to be instructive and is worth watching.

On December 8, 2016, the Philadelphia City Council passed a bill prohibiting employers from inquiring about the wage history of prospective employees (the “Ordinance”). The Ordinance, intended to alleviate “gender-based pay discrimination,” was scheduled to take effect on May 23, 2017. In April, however, the Chamber of Commerce for Greater Philadelphia filed a complaint and motion for a preliminary injunction against the City of Philadelphia and the Philadelphia Commission on Human Relations, ultimately seeking to have the law struck down. The City voluntarily halted enforcement of the Ordinance while the lawsuit is pending.

On May 30, 2017, the US District Court for the Eastern District of Philadelphia issued a memorandum opinion dismissing the Chamber’s lawsuit, finding that the Chamber failed to establish Article III associational standing to bring the suit, as it failed to identify specific members of its organization that would be harmed by enforcement of the Ordinance. In response to the court’s dismissal of the initial complaint on standing grounds, the Chamber filed an Amended Complaint identifying a number of Philadelphia businesses within the City it claims will be detrimentally affected by the Ordinance.

The Chamber challenges the Ordinance on a number of federal constitutional grounds, alleging violations of the First Amendment, the Due Process Clause of the Fourteenth Amendment, and the Commerce Clause. It also challenges the Ordinance under the Pennsylvania Constitution and Home Rule Act. See, e.g., The Chamber of Commerce for Greater Philadelphia v. City of Philadelphia and Philadelphia Commission on Human Relations, No. 2:17-cv-01548 (E.D. Pa. June 13, 2017).

The Amended Complaint alleges, among other things, the Ordinance “chills the free speech rights of the Chamber’s members” and only “indirectly” addresses the gender wage gap ostensibly at the heart of the legislation. 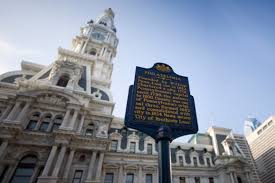 The Chamber also argues that the Ordinance’s regulation of hiring activities that may occur outside of Philadelphia is a violation of the Commerce Clause, the Pennsylvania Constitution, and the Pennsylvania Home Rule Act.

The Chamber makes strong arguments against enforcement of the Ordinance on First Amendment grounds.

According to the Chamber, the Ordinance contains both content-based and speaker-based restrictions on employer speech that should be subject to “strict scrutiny” review under Reed v. Town of Gilbert, 135 S. Ct. 2218, 2226 (2015). Under this analysis, sometimes described as “strict in theory, but fatal in fact,” the City would have to show that its restrictions on employer speech are “narrowly tailored” to, or the least restrictive means of, achieving the law’s goal of combatting gender-based pay disparities. The Chamber argues that the Ordinance does nothing to directly address the wage gap and, even if it did, less restrictive alternatives exist. For example, the Chamber suggests, under one “content-neutral alternative,” the City would “encourage employers to conduct self-evaluations to ensure their employees receive a fair market wage.” Another less restrictive alternative the Chamber suggests is that the City “more aggressively enforce existing equal-pay laws.”

The Chamber alternatively argues that the Ordinance violates the First Amendment even if analyzed under “intermediate scrutiny” review. The intermediate scrutiny test applies to restrictions on commercial speech, which includes advertising and other speech proposing a commercial transaction. See, e.g., Cent. Hudson Gas & Elec. Corp. v. Pub. Serv. Comm’n of N.Y., 447 U.S. 557, 566 (1980). Intermediate scrutiny review would require the City to establish that its restrictions on employer speech further a substantial government interest, directly advance that interest, and are “not more extensive than is necessary to serve that interest.” The Chamber contends that there is no evidence a prohibition on wage history inquiries by prospective employers will have any appreciable impact on reducing gender-based wage discrimination. Therefore, the City’s suppositions otherwise are mere speculation. Finally, as with its argument under strict-scrutiny review, the Chamber suggests alternatives to the Ordinance’s complete bar on wage histories.

For these reasons, according to the Chamber, the Ordinance should be invalidated as imposing unconstitutional restraints on First Amendment-protected speech, regardless of which level of review is applied. While it is uncertain whether the court will analyze the First Amendment issue under strict or intermediate scrutiny, it is certain that the Chamber’s likelihood of success on this improves dramatically should the court apply strict scrutiny in reviewing the Ordinance.

The City of Philadelphia did not file a motion to dismiss the Chamber’s Amended Complaint, which means the lawsuit will be decided on the merits in one way or another. An August 4, 2017, filing deadline has been set for the defendants’ response to the plaintiff’s motion for a preliminary injunction.

As a unique case of first impression, the Chamber’s lawsuit presents a complex set of issues for the court. How the court deals with those issues could have significant national repercussions, as similar bans on wage history inquiries are being introduced and passed by other legislatures at a rapid pace.