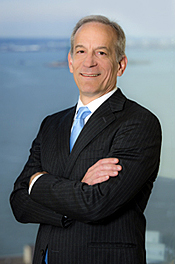 By Andrew J. Morris, a Partner with Morvillo LLP. Mr. Morris authored a March 10, 2017 WLF Legal Backgrounder, Is the Clock Running out on SEC’s Unchecked Pursuit of Disgorgement Penalties?

In Kokesh v. Securities and Exchange Commission, the US Supreme Court ruled that SEC actions for disgorgement are governed by the five-year statute of limitations for penalties. This decision is a real blow to the SEC: It ends the practice of using disgorgement actions to obtain massive sanctions for conduct that took place many years in the past, outside the limitations period for penalties and forfeitures. The decision also invites defendants to make further challenges to SEC enforcement actions by litigating several related issues.

The Court’s opinion, written by Justice Sotomayor, is summarized in a WLF Legal Pulse post authored last week by UCLA School of Law Professor Stephen Bainbridge. The gist of the decision is that disgorgement is a form of penalty because it involves a defendant who has violated a public law and must pay money to the United States Treasury; this contrasts with non-penalty cases, where the defendant has injured a particular victim and must pay compensation to that victim. And because disgorgement is a penalty, the Supreme Court held, disgorgement actions are covered by 28 U.S.C. § 2462, the five-year statute of limitations for penalties.

This provision governs actions by all federal authorities, not just the SEC. Disgorgement is a favorite tool of several other major agencies, most notably the Department of Justice, the Consumer Financial Protection Bureau, and the Federal Trade Commission. They will feel the brunt of the Kokesh decision.

The SEC may react to Kokesh by pressing defendants harder for tolling agreements, and doing so earlier in investigations. It also may try to ignore Kokesh in the many cases it settles, requiring defendants to disgorge profits extending back further than five years.

But Kokesh raises a bigger problem for the SEC than the statute of limitations: It raises the threshold question of whether the SEC has the authority to obtain any disgorgement at all. SEC disgorgement is a creation of the courts, not Congress. And the Kokesh Court took the trouble to point out, in a footnote (note 3 in the opinion), that it is an open question whether the SEC has the authority to obtain disgorgement. This footnote all but invites defendants to make a challenge.

Those challengers will have some powerful arguments, beginning with the duplicative nature of disgorgement in SEC cases and including the Supreme Court’s recent hostility toward implied remedies. So it is very possible the SEC could lose its judge-made ability to seek disgorgement. This outcome would be a very fitting kind of justice: It would mean that the SEC’s repeated overreaching—pursuing disgorgement for conduct many years in the past—had caused it to lose the right to seek any disgorgement at all.

It is true that this development would simply put the issue in Congress’s lap, but sending the issue to Congress still would be a healthy step. Even if Congress did authorize the SEC to seek disgorgement sanctions, Congress might also address the related—and serious—problem of the SEC’s abuse of the very concept of disgorgement.

The problem is that disgorgement has a well-established meaning, which is the defendant’s surrender of money obtained through the relevant misconduct, but the SEC has ignored that meaning, using disgorgement actions to obtain sums far exceeding the benefit to the defendant. This excess sometimes is in the millions of dollars, as Kokesh itself illustrates. That disgorgement order required the defendant to pay $17 million more than his profit from the relevant conduct, basically because the court counted as “disgorgement” the effects of the defendant’s conduct on third parties. When the case reached the Supreme Court, the parties did not brief the issue of the permissible measure of disgorgement, but the Court dropped an invitation to litigate it in a future case. The Court made the pointed comment that it was not deciding “whether courts have properly applied disgorgement principles in this context.”

In fact, holding the government to the ordinary meaning of “disgorgement” could give the SEC problems in several kinds of cases—beginning with insider trading. Tippers in those cases are routinely ordered to pay so-called disgorgement that far exceeds their own profits. So far, only the lower courts have permitted this expansive of a reading of disgorgement; it has never been accepted by the Supreme Court. And in Kokesh the Supreme Court gave disgorgement its traditional meaning, limited to the wrongful gain received by the defendant. We now may see defendants in insider-trading cases cite Kokesh to contest the scope of their disgorgement orders.

As my discussion here suggests, the Kokesh opinion strikes several positive notes for the rule of law: respect for the importance of statutes of limitations; concern about government sanctions grounded only in judicial fiat; and unease about the government’s distorting a word—“disgorgement”—to increase the penalties it can impose. These notes are encouraging for defendants in future litigation in this area.

What to Watch for

All in all, the Court’s short opinion in Kokesh raises several likely subjects for litigation. It also contains some hopeful signs that, in that inevitable litigation, the Supreme Court will take an approach that advances predictability and requires the SEC to respect the established meaning of words—beginning with “disgorgement.” Stay tuned.