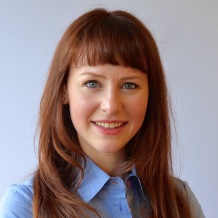 By Arielle Roth, The Hudson Institute*

It came as no surprise last week when the US Court of Appeals for the DC Circuit denied the request for en banc rehearing in US Telecom v. FCC, better known as the “net neutrality” case.  As a technical matter, the panel decision upheld the Federal Communication Commission’s 2015 Title II order, which reclassified broadband Internet as a “telecommunications service” and in turn subjected broadband providers to common carriage regulation. Such a grant would have been rare in any event. Further, in the view of Judge Sri Srinivasan’s opinion concurring in the denial of rehearing, the issues were unfit for judicial review in light of the announcement by current FCC Chairman Ajit Pai of a rulemaking to reverse the previous FCC’s order.

On the contrary, it is precisely because the current FCC seeks to undo the rules in question that the DC Circuit ought to have granted en banc rehearing. Noting that the current FCC will likely reverse the previous FCC’s Title II order anyway, while simultaneously affirming the legality and legitimacy of that very order, Judge Srinivasan’s explanation for denying rehearing is oblivious to the legal uncertainties created by the panel opinion in the case. If the current FCC is at liberty to reverse the reclassification of broadband providers as common carriers, could not a future Commission reinstate such a designation just as easily? As Judge Janice Rogers Brown’s dissent from denial explains in a footnote, “regardless of any future FCC action, the broad implications of this Court’s Panel Opinion remain.” By interpreting the Communications Act as delegating unprecedented authority to FCC to determine the fate of the broadband industry, the DC Circuit encourages volatile seesawing at the Commission, with the treatment of broadband providers liable to flip back and forth depending on which party holds executive power. A Working Paper I wrote for WLF earlier this year advanced this point with regards to Communication Act § 706.

As is clear from their lengthy opinions dissenting from denial of rehearing, Judge Brown and her colleague Judge Brett Kavanaugh would have reached a very different result from the panel in the case. Apart from the statutory provisions in the 1996 Telecommunications Act that expressly seek to preserve the regulatory status quo with respect to the Internet, leaving it “unfettered by Federal or State regulation,” Judge Brown argues that the question of whether common carriage rules should apply to broadband is not the type of matter that Congress would have delegated to FCC. Under the clear statement rule for major political questions, articulated in FDA v. Brown & Williamson, an agency cannot interpret its governing statute as giving it authority to regulate on a “major question of deep economic and political significance” if authorization is merely implicit. According to Judge Brown, whether to treat Internet access as a public utility is a fundamental question of how to order the market—a matter properly reserved for Congress in the absence of explicit statutory delegation.

Judge Kavanaugh’s separate dissent is notable for its focus on the problematic constitutional aspects of the network neutrality rules prohibiting blocking, throttling, and paid-prioritization. Under the Supreme Court’s FCC v. Turner Broadcasting holding from two decades ago, those who transmit the speech of others—such as cable providers—engage in editorial discretion and are entitled to First Amendment protection. Judge Kavanaugh argues that broadband providers stand on the same footing, and that the network neutrality rules impair their rights to curate the content on their networks. The fact that broadband providers have typically refrained from such control is in no way dispositive; a “‘use it or lose it’ theory is wholly foreign to the First Amendment.”  And FCC failed to show a sufficiently substantial need to justify its limits on speech interests.

With this opinion, Judge Kavanaugh became one of the few voices to focus on the First Amendment angle of the network neutrality debate. The DC Circuit’s panel opinion certainly did not take the argument very seriously, refusing to entertain the idea of broadband providers as content curators. Rather, the free speech component of the network neutrality debate has instead been appropriated by the pro-Title II side, focused on the hypothetical potential—but by no means an actual documented practice—of broadband providers to censor content on their networks.

The First Amendment interests of broadband providers are, however, gaining more attention. In a speech announcing the notice of proposed rulemaking to undo the Title II order, Chairman Pai responded to concerns that Title II is necessary to preserve a free and open Internet, pointing out that “government regulation is no friend to free speech but its enemy,” and that leading net neutrality interest groups have advocated government ownership of broadband companies as a means of purging capitalist viewpoints from mainstream discourse—a chilling prospect as far as the First Amendment is concerned.

Despite the strong dissents from denial by Judges Brown and Kavanaugh, the panel opinion remains in force, along with all of its uncertain implications for the broadband industry. Ideally, Congress would legislate on the contours of Internet regulation once and for all, or at least pronounce on FCC’s prerogative to regulate broadband providers as common carriers. However, without pressure from the courts, Republican lawmakers are unlikely to possess the leverage necessary to reach a compromise with their Democrat colleagues.

One thing remains certain: the legal battles over network neutrality will continue. Any new order rescinding the Title II order will undoubtedly face legal challenges. As a result, it is crucial that the newly constituted FCC produce a meticulous record and issue an order based on substantial evidence and justified by cost-benefit analysis. Without a declaration from the DC Circuit that the previous FCC’s Open Internet Order was illegal, those with an interest in preserving the Title II regime are all the more likely to challenge attempts to reverse it.

*Arielle Roth is a Legal Fellow with the Center for the Economics of the Internet.