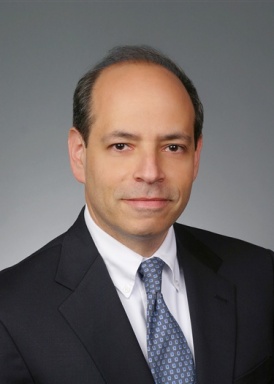 Grant Township adopted the Community Bill of Rights Ordinance (the “Ordinance”) in 2014 after the US EPA granted PGE’s application for an injection well permit. The Ordinance expressly prohibits corporations from “engaging in the depositing of waste from oil and gas extraction” and additionally invalidates permits, licenses, and other authorizations issued by state and local agencies that would violate the Ordinance. Writing for the court, US Magistrate Judge Susan Paradise Baxter granted PGE’s motion for summary judgment on three claims, finding the Ordinance’s treatment of corporations differently than individuals violated the First and Fourteenth Amendments.

While local ordinances restricting resource development have faced legal challenges in recent years, the challenges focus on preemption, as opposed to other constitutional claims.  PGE followed this approach when it filed its lawsuit in 2014, arguing state law preempted the Ordinance, in addition to seeking enforcement of its federal constitutional rights through 42 U.S.C. § 1983.  Grant Township counterclaimed that PGE’s lawsuit violated the Township’s rights to local community self-government, in violation of the state and federal constitutions. On October 14, 2015, the court granted PGE’s motion for judgment on the pleadings, invalidating six provisions of the Ordinance as preempted by state law. Following that decision, the township voted to adopt a new home rule charter that replaced and repealed the Ordinance, but Magistrate Judge Baxter refused to dismiss the case in September 2016 and allowed it to proceed to summary judgment on the remaining federal constitutional claims.

The court first rejected outright Grant Township’s argument that PGE violated the rights of its people to self-govern by filing the lawsuit. As a threshold issue, the court noted the township must prove PGE is a state actor or acted under the color of state law when it deprived the people of their rights. Since there was no evidence to demonstrate PGE is anything other than a private corporation,* the counterclaim failed as a matter of law.

PGE gained additional victories on its equal protection and substantive due process claims. PGE argued that because the Ordinance applies only to corporations and governments, not individuals, it violates the Fourteenth Amendment by denying PGE equal protection of the law. Because federal regulations for wells apply equally to all persons, and expressly define persons to include both individuals and corporations, and because a growing body of case law more broadly assigns constitutional protections to corporations and individuals alike, the court found they are similarly situated with respect to the Ordinance. Therefore, to pass constitutional scrutiny, the Township had to demonstrate that their disparate treatment of corporations rationally relates to a legitimate governmental purpose. Here, Grant Township failed to meet its burden: “While the goals of the Ordinance are legitimate … [i]f these goals can only be achieved through the elimination of fracking, it makes no constitutional sense to allow the same activity by individuals.”

Similarly, on substantive due process, the judge found that the Ordinance attempts to immunize Grant Township from conflict with federal and state law, including protections afforded to corporations such as PGE, and elevate local “inalienable” rights over those guaranteed by state and federal constitutions and laws. “[A] starting point of seeking a clean environment spun out of control into an Ordinance that does much more, including stripping corporations of their federal constitutional rights.” This effort, the court held, constitutes irrational and arbitrary behavior that violates substantive due process.

PGE did not prevail on all claims. Judge Baxter found that PGE, as a private actor, is not entitled to relief under the Supremacy Clause. Additionally, PGE’s EPA permit was determined to be insufficient to create a property or liberty interest under a procedural due process analysis, and PGE failed to produce a lease or other indicia of its property interest to meet its burden. Finally, the judge rejected PGE’s claim under the Contract Clause because PGE failed to prove it had a contractual relationship with Grant Township before it passed the Ordinance.  Despite these findings, the decision has precedential significance for its broad recognition of the constitutional rights of corporations. Moreover, the opinion should serve as a reminder to municipal governments that local restrictions must be imposed with an even hand.

*The court explicitly rejected Grant Township’s argument that PGE was a state actor because (1) the state created it through incorporation, (2) the state granted permits and regulates the company, and (3) the state and federal government have given the corporation certain legal and constitutional rights.