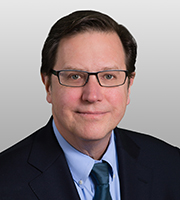 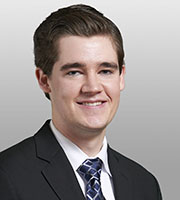 By Kurt Wimmer, a Partner, and Caleb Skeath, an Associate, with Covington & Burling LLP

The Complaint against D-Link

According to the FTC’s complaint, D-Link engaged in “unfair” data security practices by failing to “take reasonable software testing and remediation measures” to protect against “well-known and easily preventable software security flaws” in its routers and webcams.  The FTC’s complaint states that  these flaws included hard-coded credentials and vulnerabilities to command injection attacks.  In addition, the FTC alleged that D-Link failed to use free software to protect login credentials for its mobile application users and stored these credentials in plain text on the users’ mobile devices.  The complaint alleges that these practices placed consumers at significant risk, citing press reports that D-Link’s routers and webcams “have been compromised by attackers.”

A New Allegation:  Failure to Protect a Private Key

In addition to building on its prior enforcement actions, the FTC also alleged that D-Link failed to secure the confidentiality of the private key that D-Link uses to sign its software.  According to the complaint, D-Link’s failure to properly secure the key resulted in the key’s exposure on a public website for approximately six months, placing consumers at “significant risk” of accidentally downloading malware that had been signed with D-Link’s private key and disguised as legitimate software.  While the FTC has previously pursued enforcement actions for failing to restrict access to sensitive data on a “least privilege” basis, as discussed in the WLF Working Paper, it has never before cited a company for failing to safeguard its private key.

Finally, the complaint alleged that D-Link engaged in deceptive practices by failing to uphold the commitments it made to consumers in public statements regarding its data security practices.  Specifically, the FTC cited promotional materials for D-Link’s routers and webcams that discussed the products’ security capabilities, including the availability of encryption, as well as user interfaces for these products that referenced security.  The FTC’s complaint also noted that after the disclosure of security vulnerabilities in its products in 2013, D-Link posted a “Security Event Response Policy” on its website, stating in part that it prohibits “intentional product features or behaviors which allow unauthorized access” such as undocumented account credentials.  Based on these public statements, the FTC alleged that D-Link misrepresented whether it took “reasonable steps to secure [its] products from unauthorized access” and whether its products were “secure from unauthorized access and control.”

Next Steps in the Litigation

D-Link took the first step in contesting the FTC’s enforcement action by filing a motion to dismiss the FTC’s complaint.  D-Link’s motion to dismiss argues that the FTC’s complaint fails to identify any currently deficient data security practices or actual harm to consumers, and also argues that the FTC’s data security enforcement violates due process by failing to provide timely notice of the applicable data security standards.  Last week, the FTC responded, opposing D-Link’s motion to dismiss on the grounds that it has sufficiently alleged unfair cybersecurity practices under Section 5.  The FTC also noted that the United States Court of Appeals for the Third Circuit, the only federal appeals court to consider a due process challenge to the FTC’s data security enforcement authority, rejected this argument.  (Decisions by the Third Circuit, which supervises federal courts in Pennsylvania, New Jersey, Delaware and the Virgin Islands, are not binding on California federal courts, but of course may be found to be persuasive.)

It remains to be seen whether D-Link can succeed in contesting the FTC’s regulatory authority over data security, an area where prior litigants have not been successful.  The Third Circuit rejected similar due process claims in FTC v. Wyndham Worldwide Corp., holding that FTC’s prior guidance and enforcement actions counseled against specific data security practices and therefore provided sufficient prior notice.   Unless a litigant succeeds in a constitutional challenge to the FTC’s enforcement authority in this area, companies would be well advised to maintain familiarity with the FTC’s data security enforcement actions—including new elements added to the mix by the D-Link litigation—to reduce the risk of becoming the subject of one themselves.