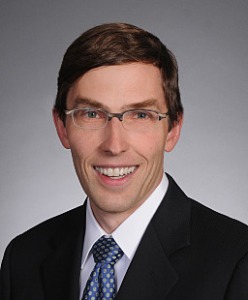 A pending petition for a writ of certiorari presents the United States Supreme Court with an opportunity to clarify whether a state may exercise personal jurisdiction over a nonresident defendant based solely on the defendant’s sale of components to third parties who incorporate those parts into finished products that are then sold in the forum State.

That question has divided the lower courts since Asahi Metal Industry Co. v. Superior Court, 480 U.S. 102 (1987). In that case, Asahi, a Japanese manufacturer, had delivered tire-valve assemblies to a Taiwanese tire manufacturer that sold tires throughout the world, including in California. After a California resident was injured in an accident caused by a defective valve, he sued Asahi in California state court. The Supreme Court held that Asahi was not subject to personal jurisdiction in California, but no rationale commanded a majority of the Court. Justice O’Connor, writing for four justices, concluded that the connection between the defendant and the forum state necessary to establish specific personal jurisdiction “must come about by an action of the defendant purposefully directed toward the forum state.” In her view, placing a product “into the stream of commerce, without more,” is not such an act. Justice Brennan, on the other hand, wrote for four justices who believed that placement of goods into the stream of commerce, with the knowledge that they will ultimately be sold in a state, can be sufficient for jurisdiction in that state.

The decision in Asahi has led to continuing disagreement about whether placing products into the stream of commerce is sufficient, by itself, to subject a company to personal jurisdiction anywhere those products are sold. Some state supreme courts and federal courts of appeals have followed Justice O’Connor’s approach; others have followed Justice Brennan’s. The Supreme Court confronted the question in J. McIntyre Machinery, Ltd. v. Nicastro, 564 U.S. 863 (2011), but it again failed to produce a majority. Justice Kennedy’s plurality opinion expressly rejected Justice Brennan’s approach and argued that personal jurisdiction is appropriate “only where the defendant can be said to have targeted the forum.” But Justice Breyer, concurring in the judgment, declined to “announce a rule of broad applicability” because he believed that, on the facts of the case, either approach from Asahi would counsel against the exercise of jurisdiction.

In Koninklijke Philips N.V. v. Washington, No. 16-559, the Supreme Court has a new opportunity to clarify this area of the law. The case involves cathode-ray tubes, which were the dominant technology for televisions and computer monitors before plasma and LCD panels. The State of Washington sued more than 20 foreign CRT manufacturers for price fixing in violation of Washington antitrust law. The state alleged that Washington consumers and the State itself purchased products were harmed by paying inflated prices for products containing CRTs—not for CRTs themselves.

The manufacturers moved to dismiss for lack of personal jurisdiction. In opposing dismissal, the state argued that the defendants had introduced CRTs into international streams of commerce with the knowledge and intent that they would be incorporated into products that would be sold to consumers throughout the United States, including in Washington. It did not allege that the defendants had specifically targeted Washington, such as by designing CRTs for the Washington market or advertising there. The trial court granted the motion to dismiss, but the Washington Court of Appeals reversed.

In a 6–3 decision, the Washington Supreme Court affirmed the court of appeals and held that the state’s allegations were sufficient to establish personal jurisdiction. Adopting Justice Brennan’s view, the majority acknowledged that “a foreign manufacturer or distributor does not purposefully avail itself of a forum when the sale of its products there is an ‘isolated occurrence’ or when the unilateral act of a consumer or other third party brings the product into the forum state.” But it stated that “where a foreign manufacturer seeks to serve the forum state’s market, the act of placing goods into the stream of commerce with the intent that they will be purchased by consumers in the forum state can indicate purposeful availment.” Reasoning that “the presence of millions of CRTs in Washington was not the result of chance or the random acts of third parties, but a fundamental attribute of the companies’ business,” the court concluded that the state had sufficiently alleged purposeful minimum contacts.

The question whether personal jurisdiction can be based purely on a stream-of-commerce test is an important and recurring one that affects manufacturers of component parts that are incorporated into other products. The petition in Koninklijke Philips, which was filed last month, squarely presents that issue. If the Supreme Court grants the petition, it will be able to resolve the conflict that has persisted for nearly 30 years since Asahi.

*Mr. Miller is is co-chair of Perkins Coie LLP’s appellate practice. The views expressed here are his own.