Since its inception in the spring of 2010, the WLF Legal Pulse has routinely cast aspersions upon (mostly California-based) class-action lawsuits alleging fraudulent food labeling and the shopping-cart-chasing lawyers who file them. The blog even has a tag devoted entirely to posts on these suits: Food Court.

Of all the lawsuits we’ve discussed here, few cases epitomize the absurdity of this litigation trend better than the recently decided Forouzesh v. Starbucks Corp. Filed not in the “Food Court” (aka the Northern District of California), but rather in the Central District of California, this suit alleged that Starbucks committed, among other wrongs, fraud, false advertising and breach of warranty by misrepresenting the specific number of ounces in an iced drink. In other words a “Grande” iced coffee or tea, which is 16 ounces, actually contains 12 ounces of coffee plus 4 ounces of ice. As reflected by the grainy photos of a Starbucks cup and a Pyrex bowl in the complaint, Forouzesh actually measured this out. He sought to represent a class of California Starbucks iced-drink purchasers and demanded compensatory and punitive damages, and injunctive relief.

In order to determine whether Forouzesh’s state-law fraud claims met the stringent pleading standards of Federal Rule 9(b), Judge Percy Anderson asked whether the way Starbucks lists the serving sizes of its iced drinks deceives a reasonable consumer. A recent WLF Legal Backgrounder by Greenberg Traurig LLP’s Rick Shackelford delved into how courts in California have applied this standard. California state courts and the U.S. Court of Appeals for the Ninth Circuit have explained that plaintiffs must show that consumers are “likely to be deceived,” which means that “it is probable that a significant portion … of targeted consumers, acting reasonably in the circumstances, could be misled.” Plaintiffs faced with a defendant’s “reasonable consumer” argument routinely cite a passage from the Ninth Circuit’s Williams v. Gerber Products Co. decision, which stated, “California courts … have recognized that whether a business practice is deceptive will usually be a question of fact not appropriate for decision on [motions to dismiss].” Williams did leave the door open for judicial assessment of reasonableness, however, when it stated that the case before the court was not the “rare situation where granting a motion to dismiss is appropriate.”

In some subsequent cases, judges have found that the case before them constituted the “rare situation” where the court can make the reasonableness determination at the dismissal stage. Our Legal Backgrounder provided some examples, including Sugawara v. PepsiCo, Inc., which found that no reasonable consumer would believe Crunch Berries cereal contains real berries. Judge Anderson similarly made the reasonable-consumer determination in Forouzesh:

But as young children learn, they can increase the amount of beverage they receive if they order ‘no ice.’ If children have figured out that including ice in a cold beverage decreases the amount of liquid they will receive, the Court has no difficulty concluding that a reasonable consumer would not be deceived into thinking that when they order an iced tea, that the drink they receive will include both ice and tea and that for a given size cup, some portion of the drink will be ice rather than whatever liquid beverage the consumer ordered.

He also noted that Starbucks’s cold-drink cups are clear, so consumers can easily see that the product contains liquid and ice. He further emphasized that Starbucks does not represent that a “drink” consists only of the listed ounces of liquid. Based upon this reasoning, Judge Anderson dismissed the California statutory claims, as well as the state common-law claims, with prejudice. 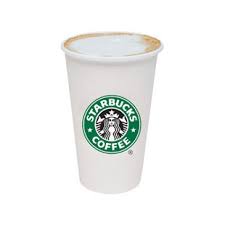 Interestingly, Judge Anderson made no mention of Strumlauf v. Starbucks Corp., decided June 17 by Northern District of California Judge Thelton Henderson. Strumlauf’s claims were nearly identical to Forouzesh’s with one key difference: drink temperature. Forouzesh complained about iced drinks; Strumlauf is complaining about hot lattes. She asserts that Starbucks misrepresents the serving sizes of lattes because the quintessential milk foam on top is not part of the 12, 16, or 20 ounces of the beverage. Strumlauf claims that when considering latte volume, the “food science community” and the “weights and measures community” (her terms, not ours) do not consider the foam as part a latte’s weight. Judge Henderson did not find Strumlauf’s claim of being misled unreasonable as a matter of law, and thus decided that the jury should make the reasonable-consumer determination.

Starbucks also faces copycat class actions in the Northern District of Illinois and the Southern District of New York. In May, the Judicial Panel on Multidistrict Litigation rejected Starbucks’s request to consolidate those two cases with Forouzesh and Strumlauf. On August 25, the company filed a motion to dismiss the class action in Illinois, Pincus v. Starbucks Corp.

Strumlauf’s victory is only a preliminary one, and her case certainly could falter in future stages of litigation. But consider, for a moment, the consequences of a plaintiff’s victory there, or a victory in any of the other suits. If a court awards injunctive relief to prevent future deception, Starbucks would have to take actions that impose significant financial consequences. Changes could range from posting a notice on all menu boards warning that ice or foam are part of the serving size, to investing in larger cups for each serving size, to (in the case of iced drinks) providing two cups, one with ice and one with the coffee. Each of those options implicate either or both increased equipment and human resources costs, which means higher prices . An extra plastic cup for iced drinks has potential environmental implications. And a court order to fill lattes to the brim could expose Starbucks to personal-injury lawsuits when hot liquid leaks or spills on customers.

Lawyer-driven class actions such as Forouzesh and Strumlauf subsist on the caricature of consumers as helpless simpletons unable to advocate for themselves. If tea or coffee customers are unhappy that ice or foam is taking up space in their 12-ounce cups, is the reasonable solution a lawsuit, instead of uttering two words: “no ice” or “no foam”? Judge Anderson properly put a swift end to Forouzesh’s suit, an outcome that the presiding judges in Illinois and New York should replicate.