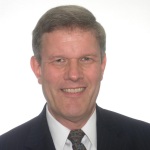 By Arielle Roth and Harold Furchtgott-Roth, The Hudson Institute*

With the U.S. Court of Appeals for the DC Circuit granting it unprecedented authority over broadband companies in its June 14, 2016 network neutrality ruling, the Federal Communication Commission’s (FCC) regulatory authority over the internet is on the rise. However, a ruling last week by the Sixth Circuit, which overturned an FCC attempt to interfere with the internal affairs of two states’ broadband markets, reminded the Commission that there are limits to its power under the Telecommunications Act of 1996. Consistent with an amicus brief filed in the case by Washington Legal Foundation (and on behalf of one of the authors of this post), the court held that FCC that may not act in contravention of federalism principles and the rule of law.

In order to delimit the powers of their internal subdivisions, the legislatures of North Carolina and Tennessee passed laws demarcating the geographic scope of their municipalities’ broadband programs. Apparently concerned about inflicting unfair competitive distortions in the broadband market, they sought to curb the monopolistic tendencies of government-provided internet access.

Preferring to expand rather than confine municipal broadband, FCC issued an order preempting North Carolina’s and Tennessee’s broadband restrictions. FCC claimed it had the prerogative to do so on the basis of § 706 of the Act, which authorizes FCC to promote the deployment of broadband “by utilizing, in a manner consistent with the public interest, convenience, and necessity, price cap regulation, regulatory forbearance, measures that promote competition in the local telecommunications market, or other regulating methods that remove barriers to infrastructure investment.” WLF argued in its amicus brief that because FCC preemptive action would strike so directly at the heart of federalism, the Commission could only act if § 706 included a clear statement authorizing preemption. Because § 706 lacks such clear language, the brief argued, FCC must withdraw its order.

With regards to the breadth of § 706, FCC cited to the DC Circuit’s 2014 Verizon v. FCC decision, which evaluated FCC’s initial “net neutrality” regulation. In that case, the court accepted FCC’s interpretation of § 706 as an independent grant of authority. Since that ruling, the Commission has cited § 706 as a catch-all source of power. However, FCC’s interpretation contains no apparent limiting principle, and in the dissenting words of Judge Laurence Silberman, gives the Commission “carte blanche to issue any regulation that the Commission might believe to be in the public interest.”

The Sixth Circuit correctly rejected FCC’s basis for preempting the North Carolina and Tennessee statutes, stating that nowhere in § 706 did Congress indicate an intent to preempt internal state laws governing broadband deployment. Echoing the argument in WLF’s amicus brief, the court explained that federal agencies must tread carefully when encroaching on states’ rights to manage their internal affairs, and preemption is only authorized when explicitly intended by Congress.

Nothing in § 706 permits the FCC to meddle in an internal dispute between state and municipal governments. The Sixth Circuit therefore barred FCC from interfering with the rights of North Carolina and Tennessee to direct their own municipalities, one of the cornerstones of state sovereignty.

The Sixth Circuit has held that FCC’s power under § 706 is not unlimited, and that notwithstanding substantial judicial deference to the Commission’s interpretation of that provision, agency discretion must not be abused. This is welcome relief from FCC’s penchant for fiat-based governance under § 706, and its plans to impose burdensome utility-style regulations under Title II. The decision is a sobering reminder that, despite the vast powers FCC has assumed, the Commission is not above the law.