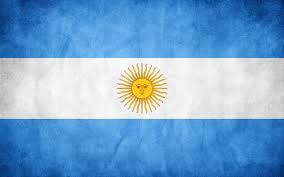 The Argentinian government claims to have turned over a new leaf and become serious about taking the steps necessary to get back into the good graces of the international financial community. The regime of new President Mauricio Macri has entered into extended negotiations with holders of defaulted government bonds, some of whom have received no payments in over 15 years. That apparent willingness to compromise is to be applauded. But actions speak louder than words. Argentina’s request to lift the existing court injunction (made in court papers filed last Thursday and to be orally argued before the court today) is unwarranted until the nation carries through fully with its promised good-faith negotiations.

The WLF Legal Pulse has offered legal analysis on the battle between Argentina and its creditors dating back to U.S. District Judge Thomas Griesa’s 2012 injunction, Judge Griesa issued the injunction after Argentina had refused for years to honor its contractual commitment to provide equal treatment to all of its bondholders. That unequal treatment began in 2005, when Argentina made a take-it-or-leave-it offer to holders of defaulted 1994 bonds (the “FAA Bonds”): either accept a 70% “haircut” in return for Argentina’s promise to resume payment on the bonds, or else be forever barred from receiving even a cent. Argentina was true to its word: it paid nothing to holdout bondholders who refused Argentina’s ultimatum, in clear violation of a provision in the bond contract that required “equal treatment” for all FAA Bondholders. Judge Griesa recognized that Argentina’s sovereign status prevented him from ordering Argentina to make payments. Instead, he issued an injunction barring Argentina from making any interest payments to FAA Bondholders who had accepted the coerced “haircut” unless it simultaneously made required payments to the holdouts.

Argentina responded by decrying “Yankee imperialism” and pledging to defy Judge Griesa’s injunction even while appealing to higher courts. When the U.S. Supreme Court rejected the country’s final appeal in June 2014 and the stay on the injunction was lifted, Argentina sought to evade the injunction by attempting (unsuccessfully) to arrange payments outside the United States. Those efforts prompted Judge Griesa to hold Argentina in contempt of court, and Argentina fell into default on virtually all of its bond payments. Needless to say, Argentina’s conduct has left it frozen out of international credit markets for years.

President Macri was elected in November 2015 on a platform that included a pledge to restore Argentina’s credit rating. Argentina has begun negotiations with holdout bondholders, and last week it reached a compromise settlement with some of them, under which those bondholders will accept 72.5 cents on the dollar. But rather than continue negotiations with the remaining holdouts, Argentina filed a motion with Judge Griesa on Thursday, February 11, asking him to lift the injunction.

The judge should reject that request. The need for an injunction is just as strong as it was in 2012. For more than a decade, Argentina has thumbed its nose at the holdout bondholders. The injunction was what eventually forced Argentina to the bargaining table, by preventing Argentina from tapping other credit sources while refusing to honor its contractual commitments to the holdouts. If the injunction is lifted, the remaining holdouts will once again be left out in the cold, with no means of collecting on the numerous unpaid federal court judgments entered against Argentina.

Argentina has assured the court that all holdouts will be treated fairly if the injunction is lifted, but the fine print suggests otherwise. Argentina’s offer of a 72.5% payment is only good through February 29. Holdouts who do not sign on to the settlement this month will see their offered payout reduced to 70%. So if the injunction is lifted, holdouts who do not sign on right away will lose all bargaining leverage and thus will have no means of persuading Argentina even to match the current offer. In other words, Argentina is back to its take-it-or-leave-it negotiating tactics.

Argentina would not be in its current position had it not acted in bad faith toward its creditors for more than a decade. Judge Griesa issued the injunction in hopes that it would prompt Argentina to enter into good-faith negotiations with the holdout bondholders. There is every reason to believe that continued negotiations will bear fruit. After all, bondholders’ financial incentives to reach a compromise settlement are at least as strong as Argentina’s—they will receive nothing until a settlement is reached. After 15 years of Argentine intransigence, President Macri should not be permitted to declare victory and forestall further negotiations simply because he has completed a single round of negotiations.