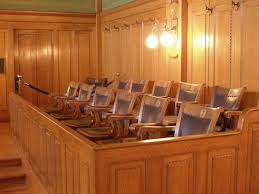 The Schindler Elevator Corporation recently petitioned the Supreme Court of New Jersey to rebuke the plaintiffs’ bar’s most recent attempt to circumvent the longstanding prohibition on “Golden Rule” arguments. During closing arguments in Tufaro v. Headquarters Plaza, et al., a personal-injury trial, plaintiff’s counsel asked the jurors to think of awarding compensation “in terms of putting a want ad in the paper.” The hypothetical want ad would describe a job offer, one in which the applicant’s only duty is to suffer the plaintiff’s specific injuries. The insinuation is simple: How much payment would the jurors require to voluntarily endure the plaintiff’s injury? In other words, plaintiff’s counsel asks the jury to award damages based on how much compensation they would negotiate ex ante before agreeing to suffer the plaintiff’s injuries. This is exactly the type of Golden Rule argument that courts have long forbidden.

At least since the Nineteenth Century, American courts have recognized that Golden Rule-type arguments should be prohibited. Courts began striking down various iterations of these arguments, such as asking the jury to place themselves in the position of one party; to award the damages for an injured body part based on what value a juror would place on their own body part; or to estimate what price the market may set for the voluntary infliction of pain. Then, in the 1950s, courts began using the nomenclature “Golden Rule” as an umbrella term covering various forms of improper argument.

Interestingly, the 1891 case that spawned the prohibition of Golden Rule arguments in New Jersey dealt with Tufaro’s precise issue. In that case—Baker v. Pennsylvania Co.—the Supreme Court of Pennsylvania admonished a trial judge for suggesting to a jury that it might set damages based on the price “sufficient to induce a person to undergo the pain complained of in th[e] case.” The court’s holding is particularly instructive:

Such a standard cannot be applied in actions for personal injury … which result[] in severe pain. There is no market in which the price of a voluntary subjection of one’s self to pain and suffering can be fixed. There is no market standard of value to be applied, and to suggest the idea of price to be paid to a volunteer as an approximation to the money value of suffering is to give loose rein to sympathy and caprice.

Baker exposes the thinly-veiled reality of the plaintiffs’ bar’s “want-ad” tactic: it is not new and it is not legally permissible. This specific variation of the hypothetical was not even novel. Rather, it was the product of a concerted effort by the plaintiffs’ bar to circumvent over a century of jurisprudence by adding a slight wrinkle to a generic argument. In fact, at least three California appellate courts have already recognized that these want-ad hypotheticals are Golden Rule arguments and thus amount to misconduct.

New Jersey’s Supreme Court should review Tufaro and instruct the state’s trial courts that Golden Rule arguments are per se impermissible—regardless of the varying verbiage or how many hypothetical layers an attorney may place between the jury and the plaintiff’s position. The result is the same: these want-ad closing arguments jeopardize the jury’s impartiality and ask jurors to award compensation based on bias and emotion rather than the proper legal standard. They also prejudicially ask jurors to take an ex ante volunteer perspective when assessing a non-volunteer’s ex post damages.

The court should draw a bright-line rule so that defendants aren’t forced to appeal each time the plaintiffs’ bar fabricates a new iteration of the same tired misconduct. Jurists around the country have recognized the need for clarity, yet trial courts continue to skirt the issue. Considering that reviewing courts only subject improper argument violations to harmless-error analysis, the courts’ failure to state the law with precision only further insulates the plaintiffs’ bar’s misconduct each time they alter slightly the language of their improper arguments—thus denying defendants their right to a fair trial. New Jersey should draw a clear line and remove the incentive for misconduct during closing arguments.